Go to content
Kavumba Primary School  in South Kivu was built in 2008 by the people of Muganzo using money  raised by Congo Action and named Muganzo Primary School. In 2015 the  villagers and parents' committee agreed to rename the school Kavumba  Primary School. It is now flourishing and providing education to some  350 children.

The school has been officially registered by the  government of Kinshasha, which means that the children can take exams  and move onto official secondary schools. This is a great victory in  ensuring that the school is up to standards and that teachers deliver  good quality education.

Congo Action  site visits are very encouraging as we are warmly welcomed by the  parent’s committee, who take great pride in looking after both the   school and the teachers. For example they bring eggs, flour and beans  to the teachers to show their gratitude.

The  individual child sponsorship programmes came to an end in July 2014  after 12 years. After careful consideration it was decided that a fairer  way of using sponsorship money was in supporting the school itself and  buying extra teaching materials for all the children.
The old wooden classrooms were completely replaced by more perminent brick buildings between July 2017 and September 2019. Below are the very proud children in front of some of their new classrooms. 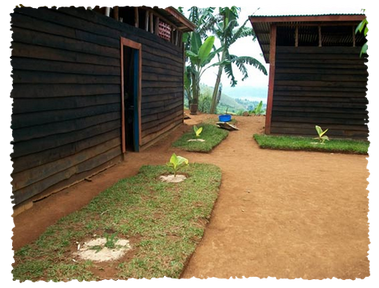 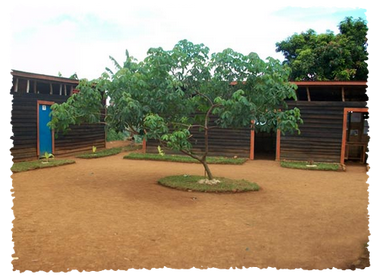